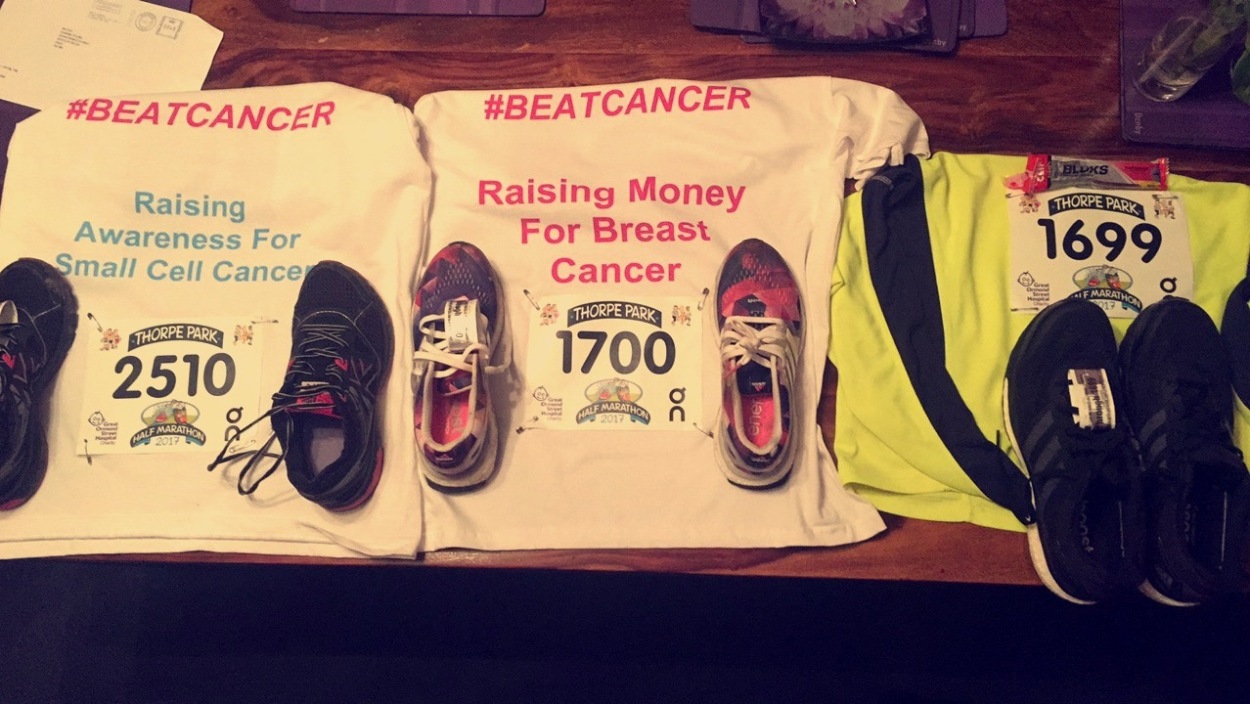 What a run! After not running an official race since October I can honestly say that was quite painful.

We left the house at 6:30am which should be illegal on a Sunday (just saying) to get there for the race start at 9am. I tried to nap but the nerves were kicking in, I knew what was coming, the pain, the constant countdown of miles, it was all a bit much to nap.

Traffic was a nightmare getting into the park as well, which wasn’t helping. The stress of the race and possibly being late, not a great mix before a 13.1 mile run! But we made it, in perfect timing.

Shirts on, headphones ready and we were good to go.

The race wasn’t very exciting, it was a very hilly route which was a bit of a pain as I train in southend which is all flat it’s hard to train and to determine when a hilly race will pop up but race number 1 sure tested my fitness!

The first 3 miles I was smashing it for once! 3 miles in 31 minutes which is a PB for me, I thought this is it, finally I’m going to do the race in an OK time! But then the hills started to come and the leg pain which I was trying to avoid, at mile 3 there was a drink station to which I downed an entire bottle of water, so by mile 6…I needed a wee. A lot of runners were stopping and going in bushes and for a good mile I did contemplate this, but then I saw some portaloo’s and thought result! Stop time. There was a queue though..so I’m saying this added a good 7 minutes on to the run with stopping to queue and to use them plus I also had a slight complication with waiting by the toilets..so I’m going with a total of 12 minutes extra.

Toilet out the way and it was back to running, by this point I’d hit the 9 mile lag, energy was decreasing, there was more hills and I was gutted I had to stop but I kept going.

My Dad came back for me about mile 12 and ran the last stretch with me, which I cannot put into words at how irritating and painful that is. You want to keep running because you are so close but your legs and body shut down knowing its so close to the end, there is just no winning with that last mile, plus I was trying to stay with my running partner (Suzanne) who was in a lot of pain (turns out she broke her foot!).

Seeing that finishing line and just sprinting your heart out feels incredible, and crossing the line knowing its over and you get your special medal..it’s unexplainable and I would recommend anyone to experience something like it.

Race number 1 is over, there is now only officially 11 more to go and the next one is in 2 weeks, which is perfect timing for recovery….NOT!

P.S. I would like to thank the random man who donated £50 to my cause in the car par after the race, it’s so reassuring to know there are generous people like this still.